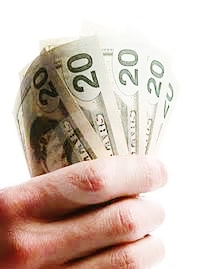 Wow! Look What happened In Seattle With the Raising Of The Minimum Wage

Find out what happened in Seattle when the minimum wage was raised to $15.00 per hour. Raising the minimum wage choosing an arbitrary number that has nothing to do with the market and demanding that the least qualified earn that money means that people get fired. Businesses do not have a pile of money their not using that they can go raise wages from. They have to earn it from sales whatever and so what happens when the minimum wage is raised arbitrarily on the command of government is people lose their jobs and a bunch of businesses close. More people end up out of work and the resulting increase in the minimum wage is not enough to counter balance that. Do a search on Seattle and restaurants and you will find out the number of restaurants that have had to close since they raised the minimum wage to $15.00 says the big voice on the right R.L.

Share on FacebookShare on Twitter
« Are You Touchy or Over Sensitive from the Criticism & Barbs of Co-workers? Ten Warnings For Anyone Planing To Attend Or Going To Any Public School At Any Level Part I and II »