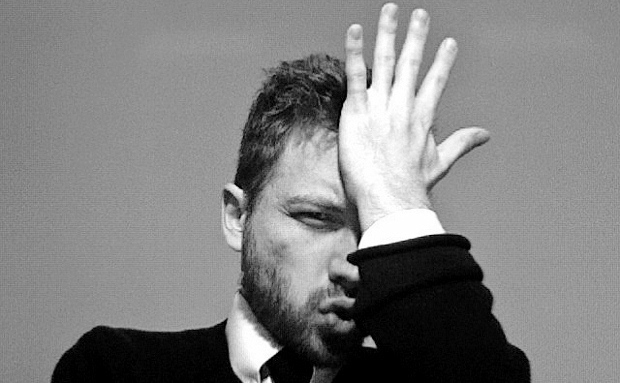 How To Avoid Bad Advice

How To Spot A Classic Fake Propped Up Intellectual. Have You Been Misled By The Pundits and The Intellectuals. Are you sick of getting economic, social and political advice that ends up not working or making any sense and things keep getting worse?  Then pay attention, you’re watching CSPAN and the host of the program introduces the intellectual. The Intellectual is dressed in a coat and tie with an oxford button down shirt. Intellectuals never wear collars that are not button down. If they wear coats and ties the collar always has buttons, never just the standard point or spread collar, always buttons are required. In some cases the shirt will be light blue or white, the tie will be esque or off center, the knot in the tie will be unbalanced and never closed all the way to the top of the collar on the shirt. It will be a little lose, the top button buttoned a little off center and the knot will be unbalanced. This is to convey the intellectual is so important he didn’t have time to worry about such mundane things as appearance.

The hair, intellectual hair is rarely in place it looks windswept and slept on like helmet hair from the pillow, it is stringy or disheveled and in some cases bald spots are a positive, the jacket will never match the slacks and you never see that when their seated on CSPAN, but there is a look, the intellectuals have a look, they have a uniform, they have a speech pattern, so you have the picture here. Sometime the intellectuals have bad teeth, they don’t even have time to brush their teeth there so brilliant so constantly focused that mundane things that take up time is considered a waste of time.

The appearance is classic you must notice some or all of these characteristics in order to visually spot the intellectual. There must be glasses; the glasses will either be worn at the bridge of the nose or on the forehead or the top of the head or they will actually be worn near the eyes as though they were being used, but they are props as well.

The intellectual always have something in his right hand a pen or a pointer or something. Madonna used this trick in every press conference when sitting down; she always had a pen in her hand. It conveys intelligence, it conveys that you’re writing, it conveys substance and then of course the host begins the questioning of the intellectual; tell us professor what precisely should we conclude from your assertion in your fourth paragraph of the monograph you have submitted that you published three forte nights ago? What shall we conclude from your assertion that the mating habits of the Australian rabid bat are random and not programmatic?

What are the methods of comprehending the truth? There are only two; one is by intuition and the other is intelligence. The second method of using intelligence is called the intellectual method and it relies on one’s intelligence and sense perception but this can mislead us, or limit the use of our intellect. In basing truthful ideas on this type of evidence the deduction can be incorrect.

There is a deeper explanation of the above. The essence or thoughts to remember is “beware” in listening to those so-called experts when most of them have hidden agendas. Be wary against the self-reliance of your intellect. Philosophers and authorities from the west have always understood that truth can be recognized by reason and logic. This is simply not true. Truth seekers should meticulously reject unproven enthusiasts or untried novices which can produce a hash of diluted indigestible thoughts and outpourings of emotion.

Because our senses of perception are limited tools it is impossible to perceive the truth intellectually except in an incomplete way because of the limitations of man’s intelligence. For example, you see some smoke on a faraway mountain and deduce that something is on fire. But getting closer to that mountain we notice the smoke we saw was nothing but a dust cloud.  The look of truth may be known by the intellect, but the essence or real truth is only known by intuition. We must realize and feel truth to know what is true and the power that will test the truth is intuition which is developed only by meditation and it is never wrong.

If you’re a millennial you are probably predisposed but there is no actual empirical data of manmade planet warming or manmade climate change. All there is are computer models with the data entered by these biased pro-global warming scientists. There isn’t any data that proves it because of there was data; if there was science there would be nothing to argue about. But it’s not science it one of the many many legs of the lefts political agenda and they’re trying to sell it like they sell any other political agenda by stopping human progress to stop the warming.

McKibben was asked by Bill “Have you ever convinced a denier?”  Bill your smarter than you portray on your show, science doesn’t need to convince deniers. Science is and if there were demonstrable unsalable scientific evidence of climate change caused by man there wouldn’t be any agreement about it. The fact that there is an agreement demonstrates what this is or whatever it is isn’t science. The people in this audience engage in reason it’s called critical thinking on this hoax

Here is a perfect example of the climate hoax. If you were watching TV tonight and your official weather expert told you what the weather was going to be in 25 to 40 years from today would you believe it? No,  then why in the world you believe these global warning scare mongers that in 25 years people will die from climate change when it’s all based on computer modeling. They can’t even get a prediction right for 25 days let alone 25 years. Folks, it’s impossible, they can’t. Well what if the weather man said a huge storm will arrive in 3 days, would you believe it then? Maybe yes if it was a 3 day prediction but no longer if it required me to make serious changes in my life unless there was definite proof not just computer modeling that has produced too many errors.

There is no real evidence of global warming only computer models from scientists who have no real proof that’s why they say it’s always 10 years from now, 25 years from now, a hundred years from now because it isn’t happing now. The majority of people believe there is evidence that some of these scientists have falsified their research to scare people into believing they have to get off of fossil fuels to save the planet when there is no replacement for oil in the near future. They want you to make unnecessary sacrifices; like the war on coal where electric rates according to the White House would skyrocket and no on any more oil pipelines and no on Artic drilling.

So why do people believe what a computer model says is going to be the climate all over the world 25 years from now? The only way some people can be forced to believe it is if they politicized it and tailor the message to existing political opinions and then get people in groups that liberals approve of like World Bodies, the U.N. or the ipcc – Intergovernmental Panel on Climate Change or The National Academy of Science (many believe these are all corrupt) or every liberal interest group you can. Get them indorsing the idea and bingo, your turn it into a political issue and it’s unmistakably true; you leave it as a science issue and it doesn’t exist, it falls apart as there is no real evidence whatsoever. Who can say that the climate at this moment isn’t natural and normal and intended by God?

In the 1980’s they said global warming would cause the ice to melt, the sea levels to rise causing major flooding and the extinction of polar bears. Since none of this happened, just the opposite; they are saying now that climate change is causing draughts when most of the country is freezing.

All the major poling on climate change comes in almost dead last, that’s why the liberals are trying to make this a major issue now to change people’s minds and get them involved by voting democratic (more regulations) and see the Republicans as being out of touch. They have to do something now to get voter turnout before the November and mid-term elections, they are in bad shape. There is a lot of money in climate change to get donors to give big to advance this. It scares people and gets them to the poles and it allows Democrats to blame corporations and people who support them along with the Republicans. This would give Democrats an issue. There isn’t a single issue Democrats can run on because everything they have done has blown up on them. There is not one issue they can point to and say “re-elect us for more of this.”

If you want or don’t care about or mind higher electric rates, higher gasoline prices, raising taxes causing fewer jobs, vote democratic and believe the global warming hoax. I must admit the host of this talk show was very compelling and any change in climate cannot be proven to be made by man. Says R.L. The big voice on the right.